Happy Spring Break to those who are having it, are about to have it, or have already had it when the weather was still a bit nippy! 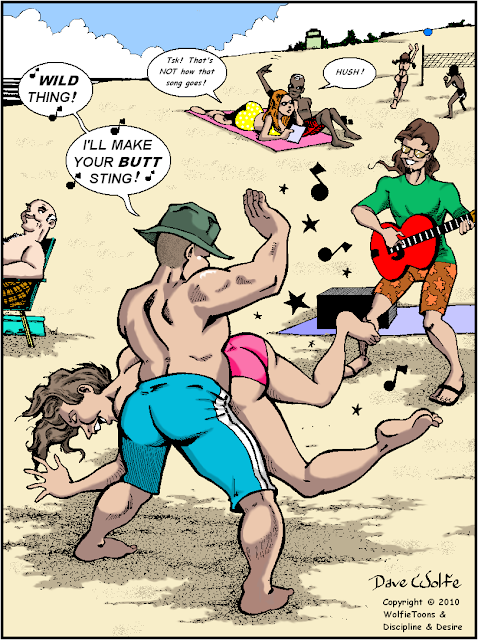 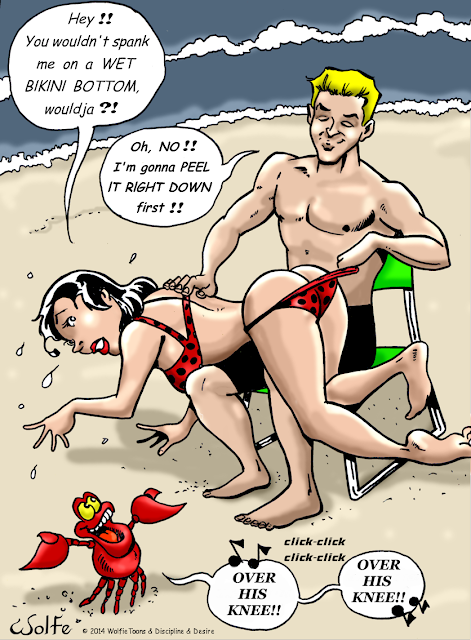 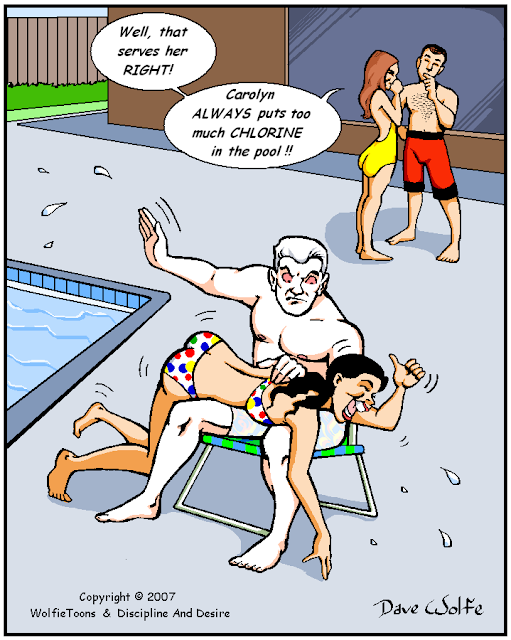 Wishing you baskets of joy with a WolfieToon that will be new to some of you, and two of my old favorites!

(Click on the first one to see the better, bigger size!) 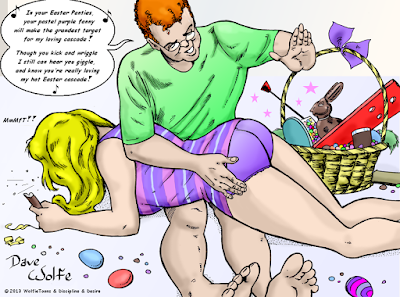 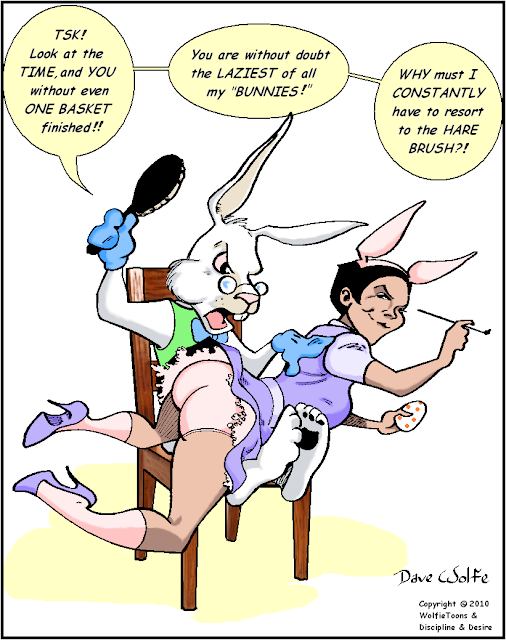 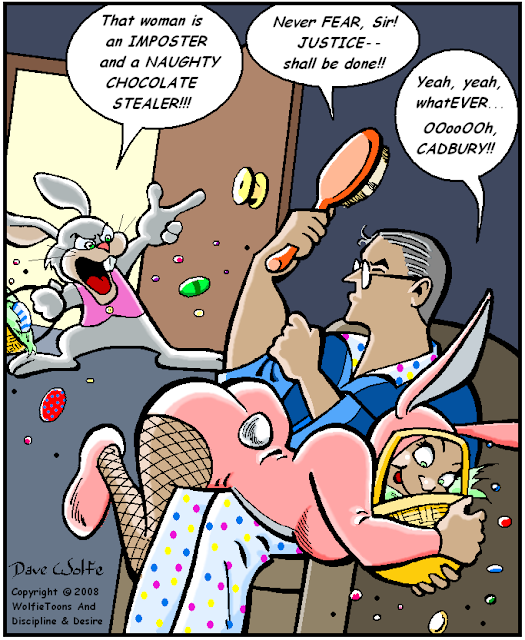 And now, the climax to this series!

As all things Irish are celebrated this week-- by many, quaffing green beer and beverages made pure and healthy  by the distillation process--  one remembers the Faerie Folk of Lore, and the stories of their mischief!  Why, it's said they can even make you disappear, taking you right away into their magical realm! 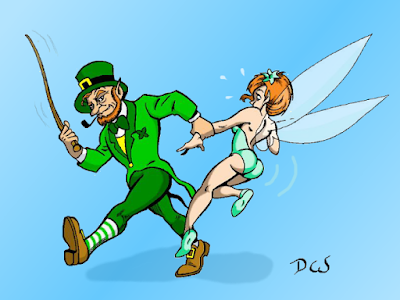 And then who knows what the "Aes Sidhe" might get up to in their Faerie Mounds?! 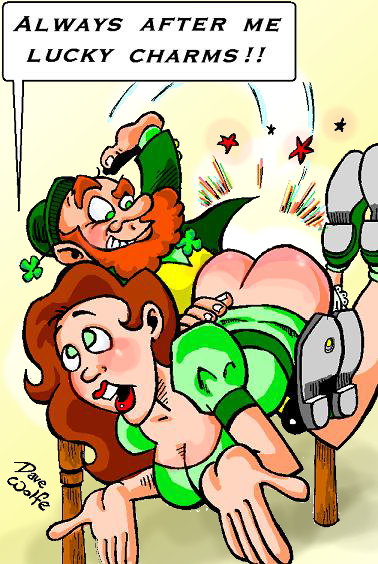 I think I've mentioned here before that one of my favorite movies (there are lots) is Disney's "Darby O'Gill and the Little People!"   I was three years old when it hit the theaters.
("WOW, Wolfie, that movie's OLD!!"
"Sure 'n' it's a trip over my knee you're after!")

ANYWAY, it's a captivating, charming tale, with the beautifully-done special effects supporting the story, rather than being a distraction, like so many CGI things done now that only call attention to themselves. 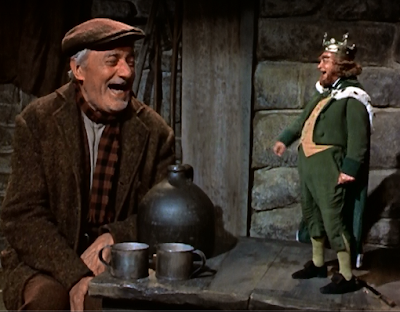 This movie is especially nice for those of you with an appreciation for a young Sean Connery! 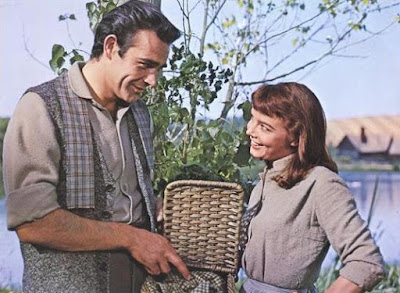 ("Oh, and wouldn't I like to be feelin' your strong palm on my wee backside!")

And there are the wild and scary parts, like when the Banshee appears to herald the approaching death of the heroine!! 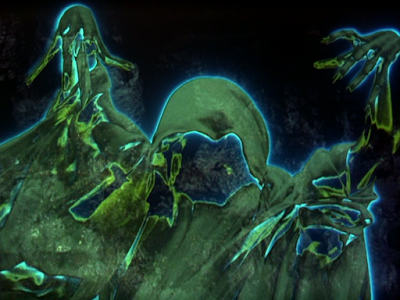 The Banshee's wail is indeed unnerving!! 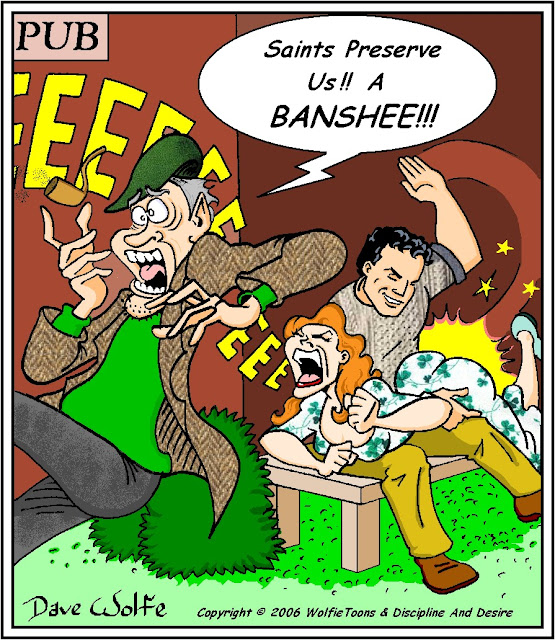 So, here's a bit of timely folklore you may not have encountered!

Take heed, it could save your hiney! 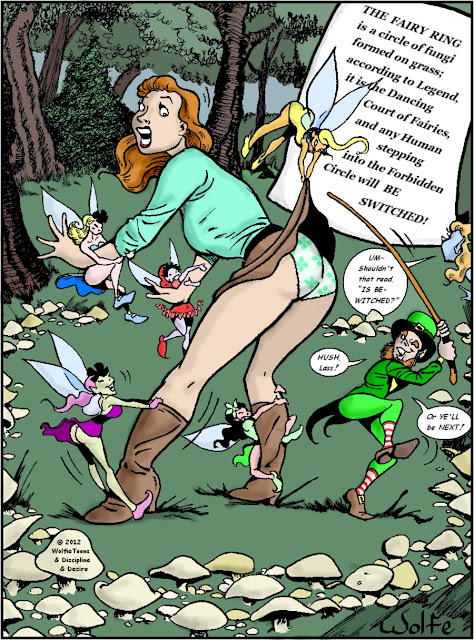 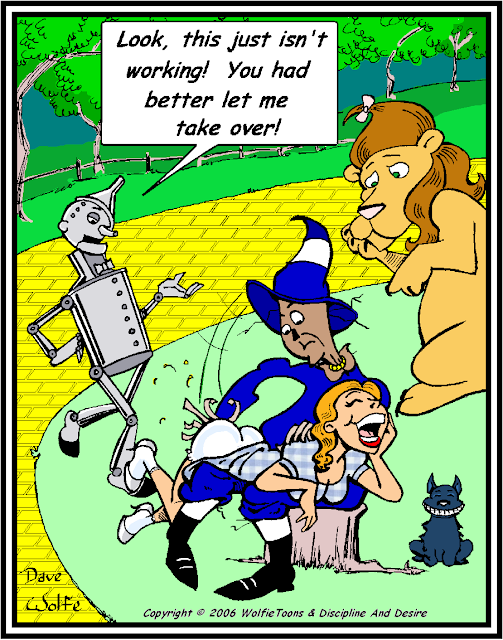 Posted by Dave Wolfe at 3:48 PM No comments:

I believe I've discussed the story of Little Red Writhing Bottom here before!

But it's such a favorite!

Didja see the movie version of the play "Into The Woods?"  Red is a part of that, and Johnny Depp makes a great Wolfie, fashioned a little after the Tex Avery wolf!

(Here's the video from YooHooTube!) 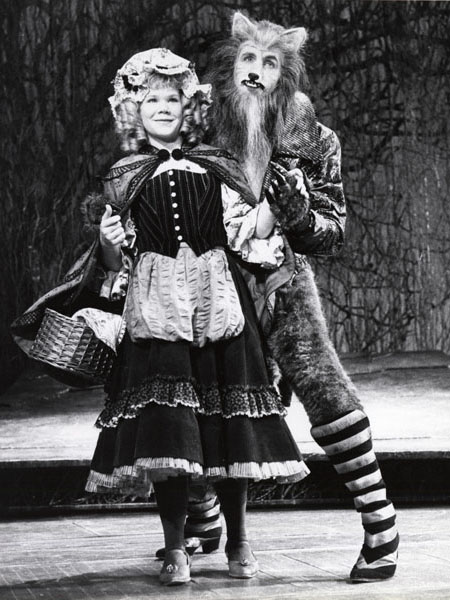 Because ALL Wolfies DO wear striped socks! 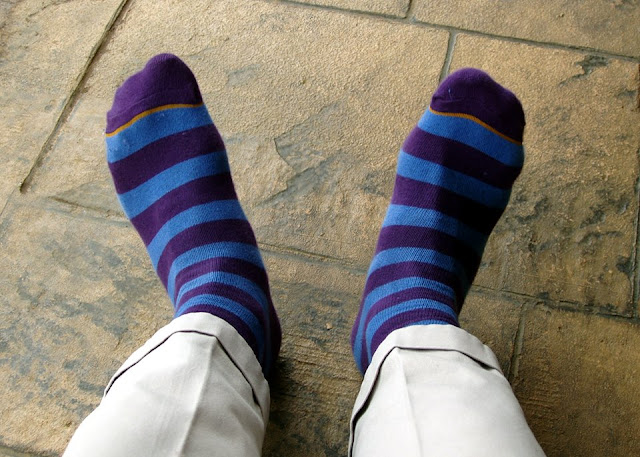 However, the Broadway Wolf, panting after Red, could've used PANTS! 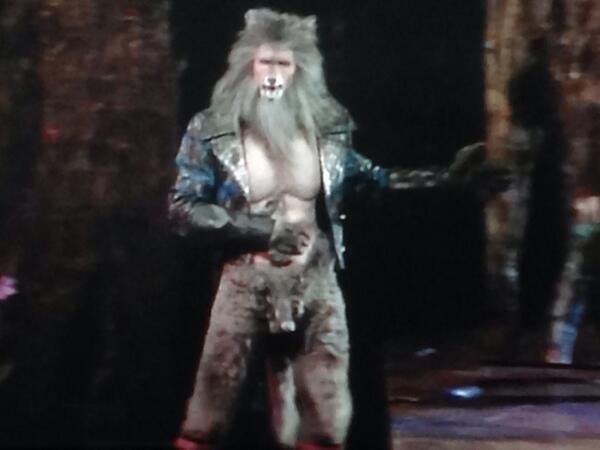 And, yes, you ARE seeing what you THINK you're seeing.

The producers did cut that penis down (AAAAA!!) after the trial performances because its remarkable length was "too distracting." 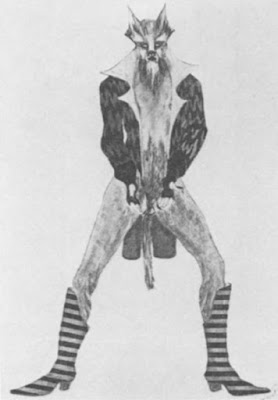 The London version of the "Into The Woods" wolf was more Muppetish. 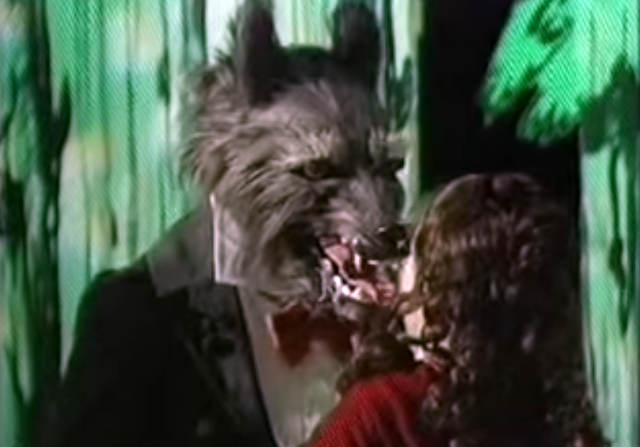 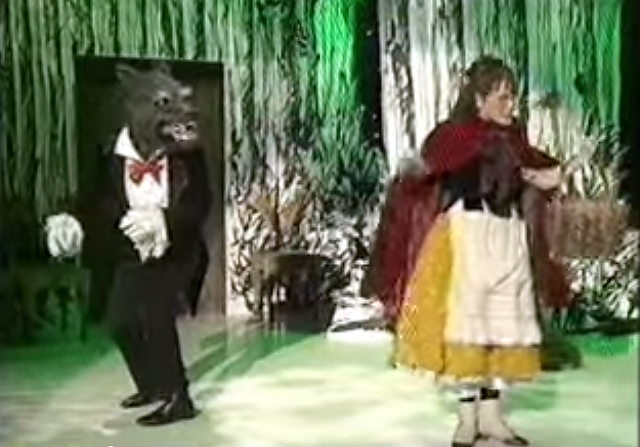 (Sorry, that's as clear as I can make those pictures!) .

SO--- Now comes the WolfieToon Version!! 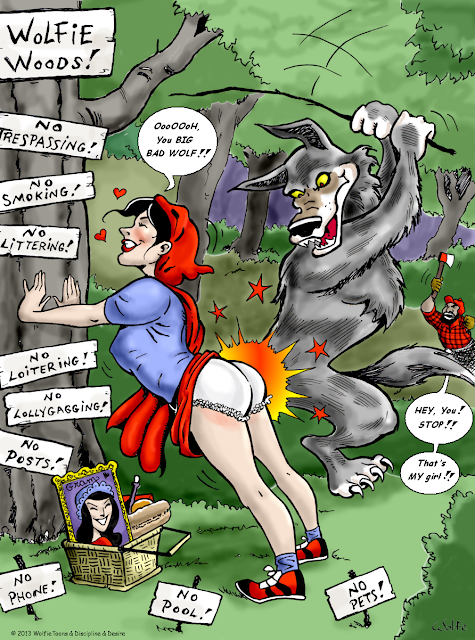