Everybody Knows The Song, Few Remember Robert Burns Himself!

"Auld Lang Syne" used deliberately archaic language when the poem was new, but the sentiment itself remains always!  May your new year improve vastly upon the last, and may you toast everything and everyone that made you who you are, sharing the compassion born of your sorrows and the joy that makes life worthwhile!

I think the lovely lady in this week's WolfieToon at  "DISCIPLINE & DESIRE" is gonna want this ice, and not necessarily for the champagne. 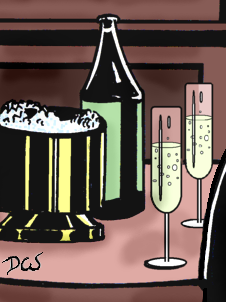 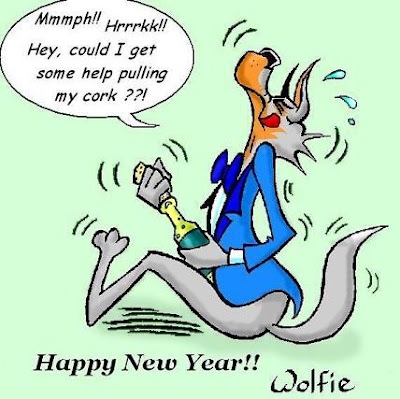 Here's some auld advice that's appropriate-- if you're at a party and have the opportunity for hugging and kissing, keep BOTH  hands free in case you wanna add a loving grope and smack! 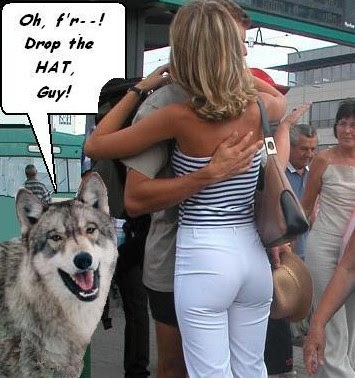 And here's a celebration from New Year's Eve 2007!  Phil "Overbarrel" thought it was hilarious that the guy in the back there is so hammered that he's spilling his drink down his front.  I'd take credit for that, but in truth... I just didn't draw it right! 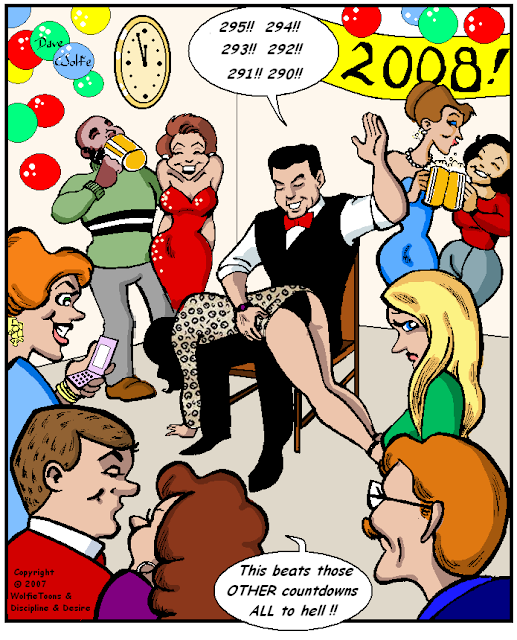 I haven't done much here lately, but this blog just passed an anniversary that I'll address soon!  Meanwhile, enjoy the 'toons scattered here, all the way to the start, if you've patience to scroll and back-Blogger-- enjoy the new stories and snippets at "D & D"-- and enjoy your spankin' new year! 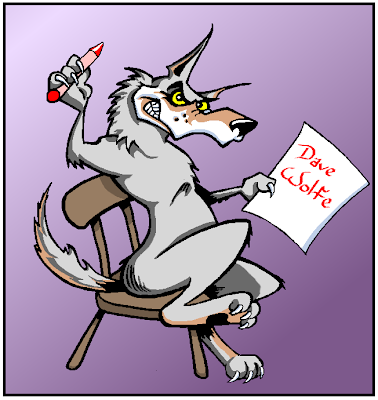 A post or two ago I featured Santa Spanking fantasies;  but there is a holiday ballet I understand is a favorite of little girls of all ages, even though it doesn't prominently feature ponies.  Therefore the Christmas Week WolfieToon at "DISCIPLINE & DESIRE" has a scene from the new production of "The Butt Smacker!" 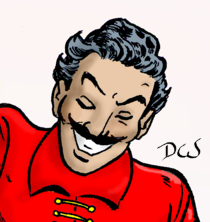 That's a detail for the girls... here's one for the boys. 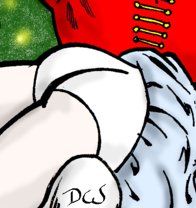 And here's the poster from our very first production. 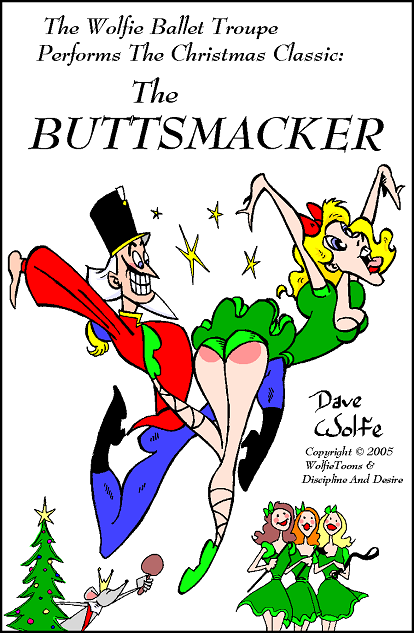 One of my high school buddies told me the story of how, in her ballet class training, they were required to be able to hold a poker chip between their flexed buttocks.

That creates quite a mental image, a room full of ballerinas-in-training developing powerful and shapely gluteal muscles so that paddles and paint sticks do no real damage.

May you enjoy holiday warmth of all sorts!  Oh, I forgot to mention, there are lots of new stories and snippets to enjoy in front of the fire at "D & D," too!

Glowing Gentle Into That Good Night

The young woman in this week's "DISCIPLINE & DESIRE" WolfieToon doesn't look unduly alarmed at her dire predicament.  As a matter of fact, she actually seems to be enjoying herself!! 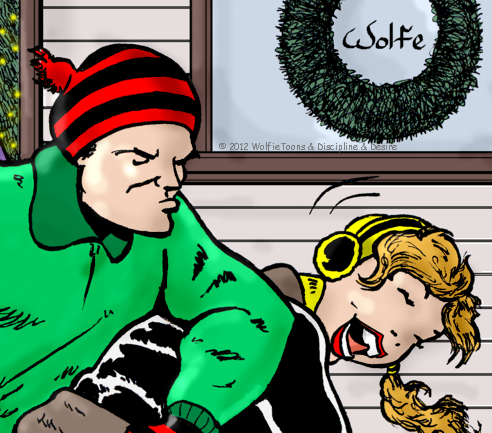 Now, why should that be?  One possible answer is also the answer to the query, "And just where does this gal have her left hand?"

There is another possibility.  I based this couple on actual people I had seen, out and about, but after completing the cartoon, I realized that Suzanne Spankee here looks-- by mere happenstance-- kinda like Amy Adams as Amelia Earhart in "Night At The Museum II!" 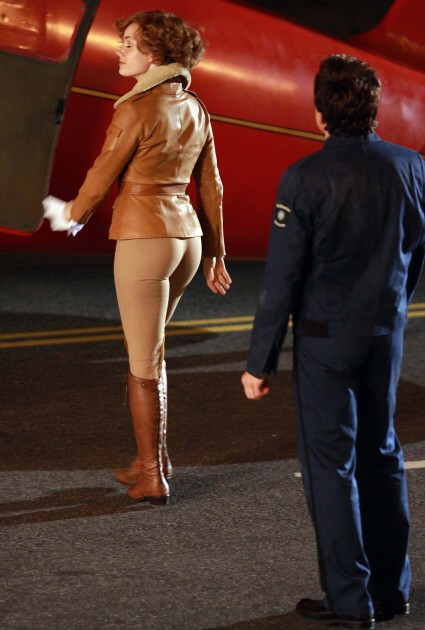 So perhaps her intrepid daredevilmaycare attitude in the face of certain spanking is derived from the spirit of Amelia?

If so, she might serve as an example for other naughty li'l elves, like the one in one of my first  "D & D" Christmas creations! 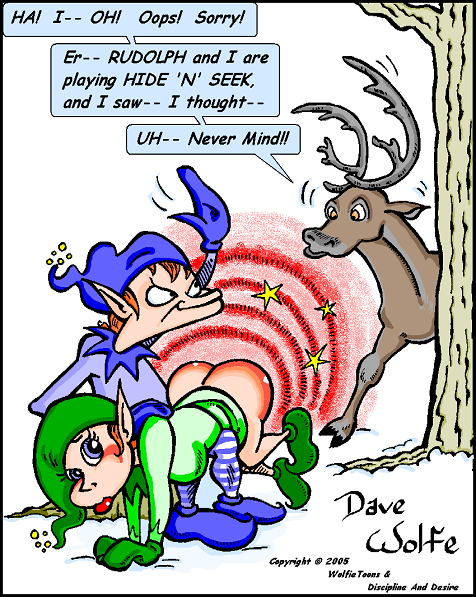 By the by, there are free holiday chapters and story snippets over at the website, and an plethora of pleasure for you "D&D" members, as always!

Over Santa's Lap?! The Heck You Say!

This week's WolfieToon at "DISCIPLINE & DESIRE"  is the first of three Christmas-themed ones! 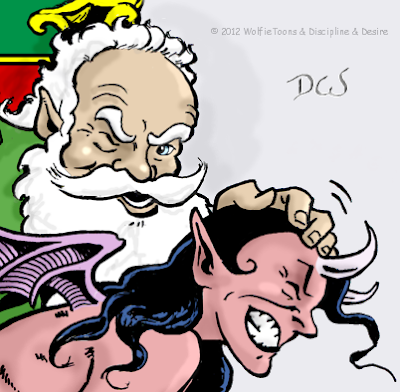 Springrose wanted to know if I had anyone in particular in mind when drawing that Imp;  she thought there was something slightly Erica Scott-esque  there.  But I really didn't have anyone in mind, and Golly, it would never occur to me to cast Erica as a li'l devil.  (Ahem cough.)

Kaki says she's "grateful we (Imps) only have to be good for two more weeks.  Phew!"

Larken declared that "a PreTemptive Spanking is unfair!!"

Thank you very much, Dolls!  I'm delighted you're delighted!

You know, when the Web was new, I was initially surprised to find out what a common fantasy Santa Spanking is, especially among the ladies!  For example:

Chross has ten pages of Christmas Spanking Images up HERE, and the Jolly One figures in most of 'em!  (I'm proud to say there are two WolfieToons included!  Thanks, Chross!)

Lea has written a most evocative and enjoyable story called "CHRISTMAS DREAMING!"

To show only one of my many favorite photographic images, there's so much I love about this one with Richard Windsor and Pixie Wells! 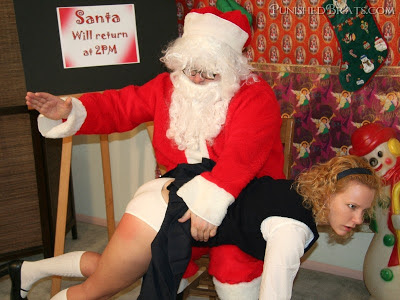 Phil "Overbarrel" has taken us to the North Pole for several years to see what goes on in Santa's Workshop with his assistants, the Hiney Sisters!  Dig the Grinning Teddy Bear!! 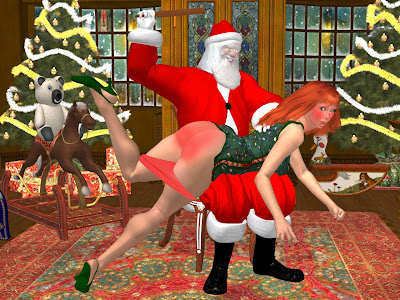 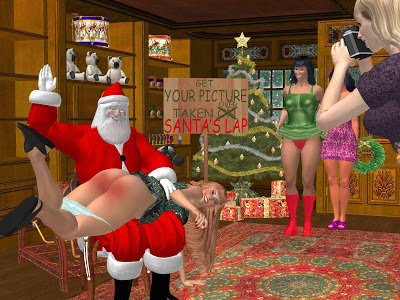 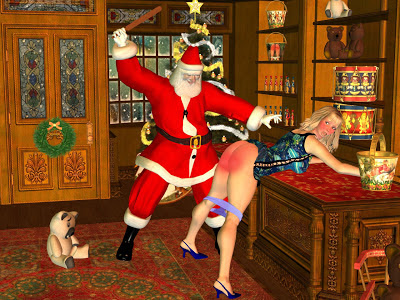 So now I'll add two from "D & D."   I'm not real crazy about the drawing in this one from 2005, but it is unique among Santa Spanking Stuff! 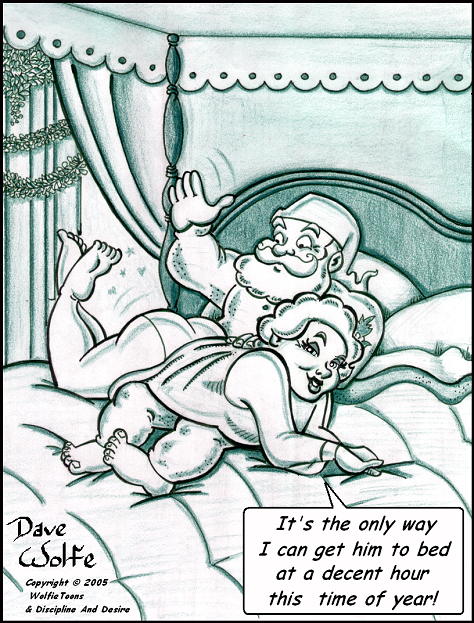 And here's one that has No Actual Smacking... although it is one of the very few WolfieToons to have had a sequel! 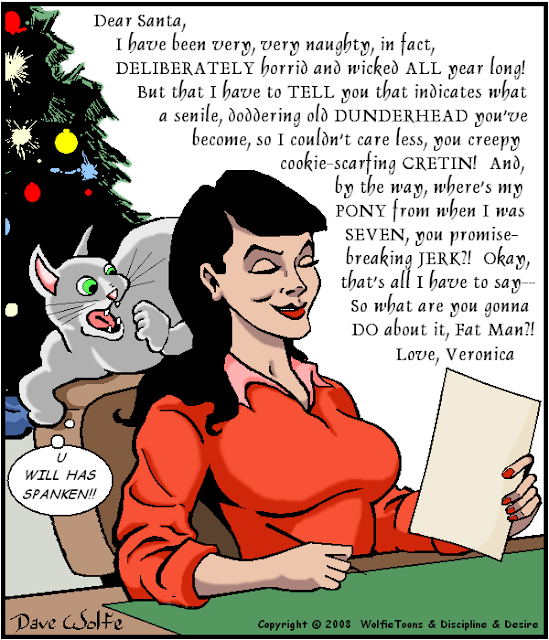 Now you're starting to feel some Holiday Warmth, eh?

Well, the Christmas tails have started going up at "D & D", too.

Actually, I mean both.

If you have succumbed to the shopkeepers' maddening notion that you are obliged, nay, required to get a gift, preferably an expensive one, for every single person you've ever known at home or work every December, you should be rewarded with a searing seat. 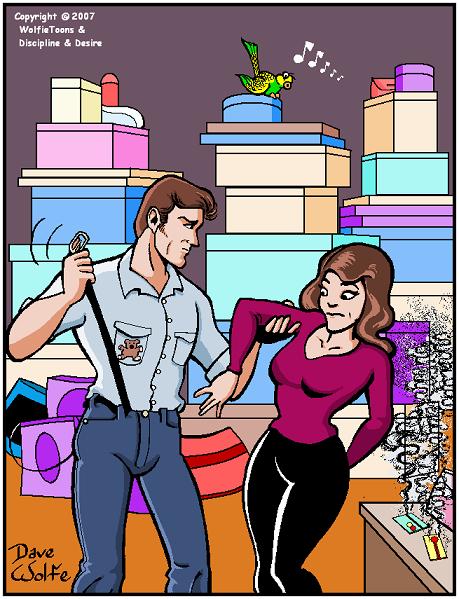 Now if you happen to desire a searing seat, there are much easier ways to accomplish that, ones that will result in sitting uncomfortably and not bankruptcy and unrelieved guilt..

And if you are unable to find joy in anything but spending money, you might benefit from therapy sessions such as the one demonstrated in the WolfieToon this week at "DISCIPLINE & DESIRE!"   As a matter of fact, it may help with a lot of different issues. 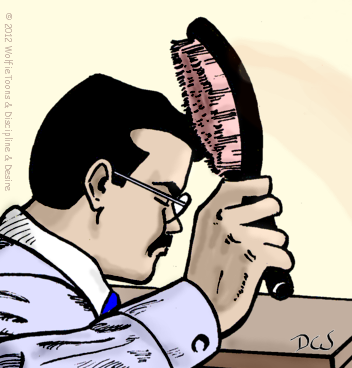 (There is also some pleasant distraction at "D&D" with free story samples, and of course, a wealth of fiction and images each week for members!)
Posted by Dave Wolfe at 12:19 PM 6 comments: