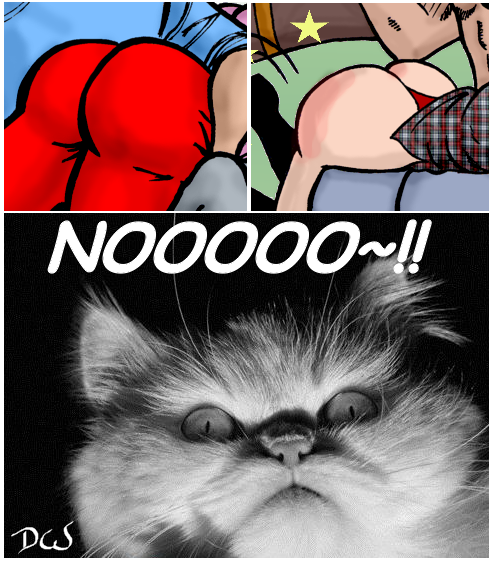 Why is that feline so horrified by the details of my latest WolfieToons at "DISCIPLINE & DESIRE?"  It has to do with the reply I made to THIS ERICA SCOTT POST.

By the way, after reading that, you will never look at this guy the same way again: 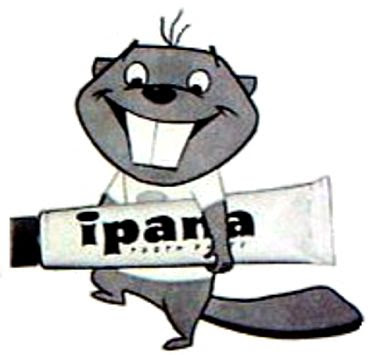 One of my best buddies and her husband are Officially Vanilla, but she is OH so far from boring.  For example, at my suggestion, she changed our Boss's computer home page to Shadow Lane while he was on vacation.  She even snickered at some of my early WolfieToons.

So one day, messing around on the Web, we found an image that cracked us up: 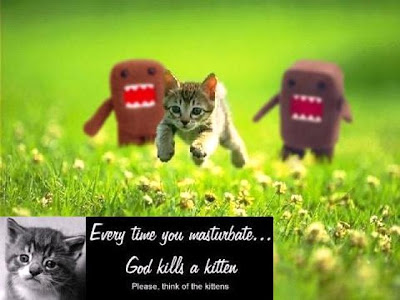 Now, that's absurd humor.  I'm not cruel, I've loved and been owned by many cats.  In fact, that might be what makes that so funny.  That, and the pathetic and plaintive little face at the bottom.

Well, I saved that image, and soon I began posting allegedly funny things at the MSN Group "Southern California Spanked Wives Club," like this: 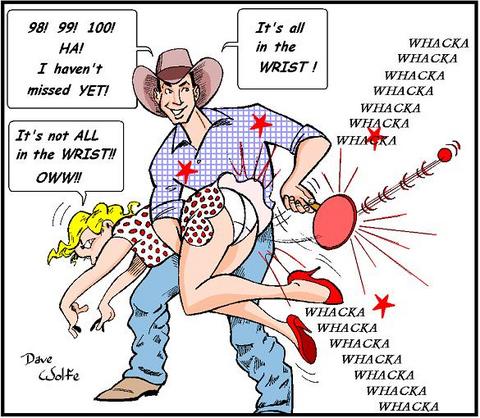 Then I shocked the Three SCSWC Managers by posting that Kitty Warning.  They each wrote me lovely and apologetic notes, hoping that I wouldn't take umbrage to the fact that they had removed the post, lest it offend some of the members, and because it really didn't have anything to do with "spanking," anyway.

I could have humorously and successfully argued that last point, but, no, I took no umbrage at all.  Umbrage is best left where you find it.

It did seem a little odd that any group of people whose robust sense of humor allowed them to participate in public parties with bare-bottom spankings might be uncomfortable with that Web Warning, but that's okay, it's a funny old world!

However, Phil "Overbarrel" began remarking that my WolfieToons "could cause considerable kitten killage," so -- 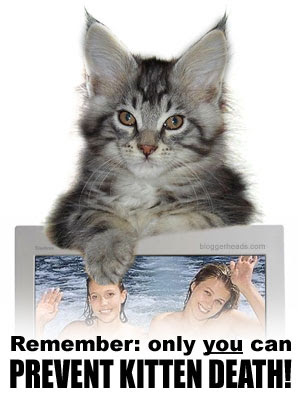 And the Cats will live a long, long time. 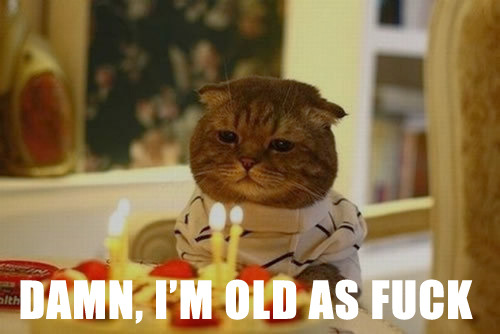 This detail from the new WolfieToon at "DISCIPLINE & DESIRE" brings to mind certain similarities:  a Cat is very Impy, and Imps can be rather Feline. 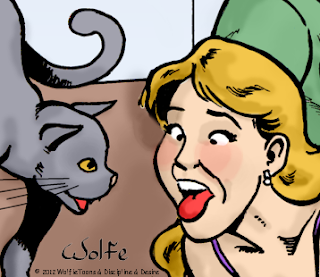 And yet, there is a difference, expressed in the words of that famous Old TV Show Theme Song that I just made up:

A cat is a cat, that's that, that's that
and you might as well talk to your tattered hat
as try to order about a cat as contrary as an Imp!

There's never a Brat more bold than that
whiskery one you'll find on the mat!
Just try a chat with the awful cat more contrary than an Imp!

People trying to train a cat will waste the time of day!
And Imps might think you will never whap if they all act the same way!

If you go and do this:

So go ahead with the horseplay!

And if you're not sure how to proceed, I bet you'll find Inspiration from the story snippets at "D&D," as well as the complete first chapter of Maren Smith's "THE RAFFLE," and that of Robin Smith's "MILLENNIUM FALLS!"

Do you recognize this person? 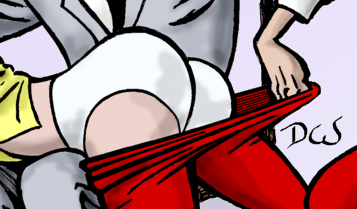 Well, anyway, I'm no JACK DAVIS, I'm no MORT DRUCKER, nor TOM RICHMOND, nor MARIE SEVERIN, but I really wanted to do a caricature for the gag in this week's WolfieToon at  "DISCIPLINE & DESIRE!"  (Which came from a chance remark lovely Springrose made!)

So I'd thought I'd show some of the struggle to achieve that here;  not that anyone gives a rat's patootie, but at least the work and paper used in the process won't be wasted.

I collected photo references of the Fella I Had In Mind, noting the shape of the features and their relationships:  how the head was kinda round, the ears were kinda big, how the hairline looked, that the eyes were set fairly high up and wide apart, and the mouth was also wide and there was not much chin underneath a thick bottom lip.  So let the scribbles begin. 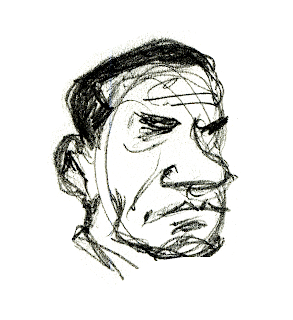 Ehh, no, the eyes are way too close together, and, nope the whole thing is off... 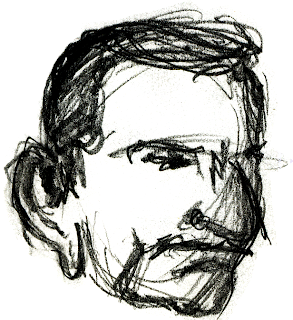 Hey, that kinda looks like David Janssen-- or, Springrose says, maybe Johnny Cash!--  but not who I had in mind... so let's see what happens if I age him a bit and change the features.  Maybe a slightly different angle will help... 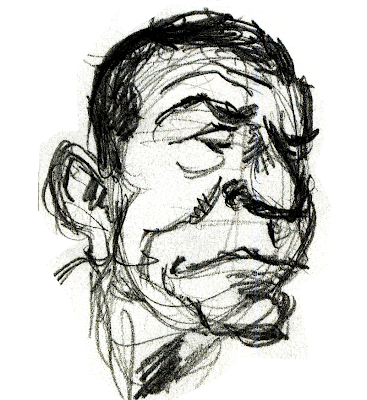 Wow, that's almost Walter Matthau!  Too bad I'm not trying to draw Walter, I sorta like that drawing.  Sigh, well, okay, let's exaggerate the heck outta things to see if I can figure out where I'm going wrong... 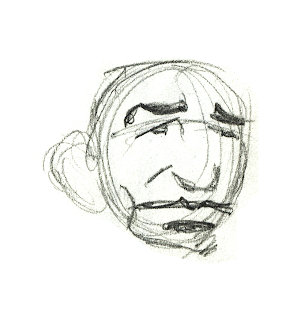 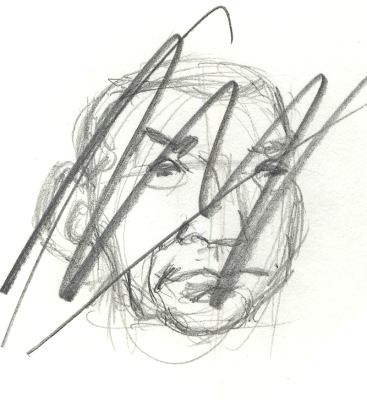 Well I'll consult other references and try again... and again-- 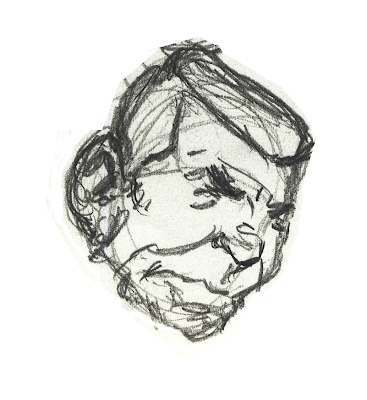 Some more tweaking and inking and coloring and the final thing is thus: 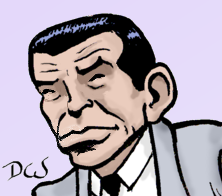 I had a particular person in mind for the Spankee as well, and oddly enough, I didn't have so much trouble with her face!

If you recognize 'em, I've succeeded enough for that, or you got a clue from the title of the cartoon.  :-D

If you don't, I'll have to try another time, or you're a youngster who never watches TV reruns.

Meanwhile, enjoy the snippets and free chapters of scintillating spanking stories at "D&D" this week, like the first chapeter of "DANGEROUS BEHAVIOR" by Michelle (always a hoot) Carlyle, and you can go down under (!!) for the start of "AUSSIE HEIRESS" by Jamie Phillips!

Aw, look what lovely Lady Larken sent me!  And it's not even Woofie Day! 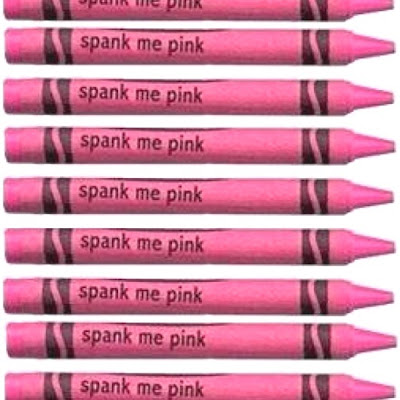 You can throw all those other tools away.

Except the ones that are attached, of course.

Now I can color another three hundred seventy something cartoons!!

Here's the pink bottom featured in this week's WolfieToon at "DISCIPLINE & DESIRE!" 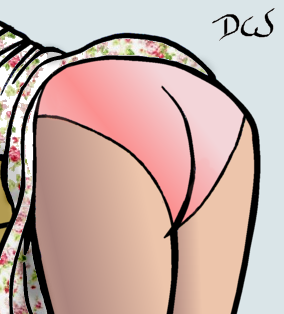 Although, sometimes, to be different and funny, a WolfieToon might show no bottom at all, nor even any actual spankage, but evoke your imagination instead!

And sometimes, the only thing showing in a WolfieToon is a Lovely Bottom.  That's so the female viewers might imagine themselves in the picture, or the male viewers can relish the view, or maybe so Wolfie can do a cartoon quickly to meet a deadline. (Shhh, that last factor is just between you and me, don't tell nobody.)

Anyway, there's another batch of titillating tales and titillated tails at "D&D" today, including Free Samples (and you don't even have to dig through glucose-covered cereal to get to 'em!) -- go South of the Border with Jordan Grace in Chapter the First of "HEAVEN," and out t'th' ranch with Judith McLaren for the start of "VENGENCE CREEK!"

Now I gotta go get this week's cartoon inked, there're faces and stuff this time!