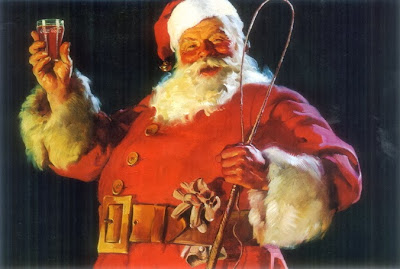 That's the Coca-Cola Santa Claus that painter Haddon Sundblom began doing for the company's ads in the '30s!  Notice his left hand:  he's about to go drive a team of reindeer or perhaps query Mrs. Santa about this pose she did for Hugh Hefner, also painted by Mr. Sundblom. 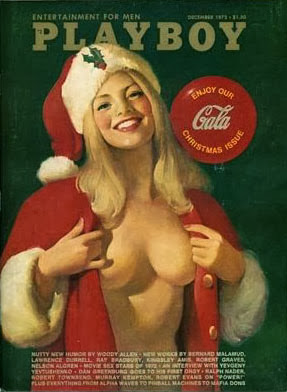 It had never occurred to me that Santa Claus could be a viable Spanking Fantasy Figure.  I don't know why;  from my youth I'd done cartoons with Papa Bear and Goldilocks.  But that was for my snickers, drawing Goldie's knickers, and it didn't seem likely to me that any woman might really get squirmy thinking about a Bear bottom spanking.  But I've been wrong before.

So I asked my dear friend Springrose about this Swats from Santa Business, to get the Female Perspective, and she replied, "Oh, yeah-- that works!" 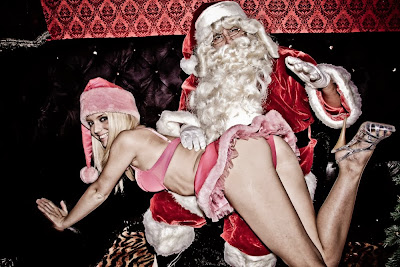 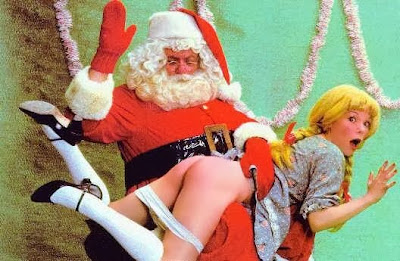 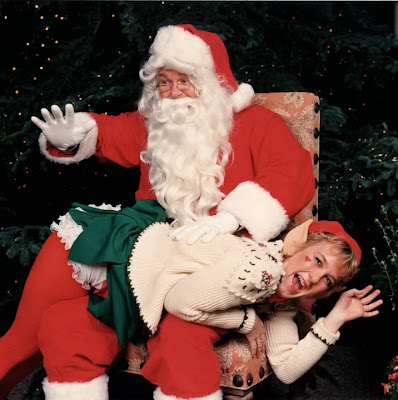 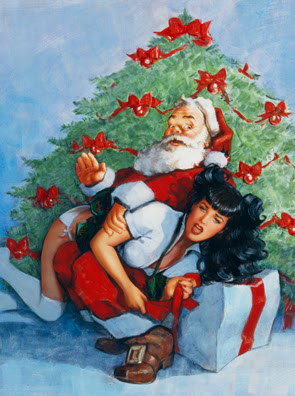 Now, here is St Nick from the illustration T.C. Boyd did for the 1848 edition of "A Visit From St. Nicholas." (AKA "The Night Before Christmas.")    You could well imagine this particular jolly old elf springing out of the fireplace to correct wayward Imps! 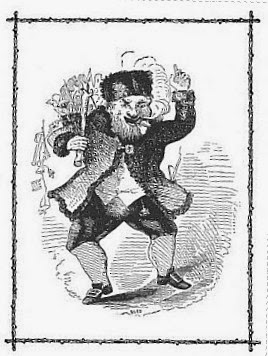 And then he and his miniature reindeer would proceed to the next home to deliver sweet rewards and stinging spanks, which sometimes are the same thing. 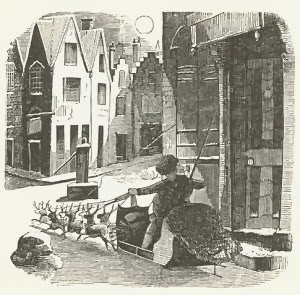 So that's a vision of Santa thirteen years before the Civil War began.  Sometime toward the end of that horrible event, a famous political cartoonist named Thomas Nast-- creator, by the way, of the Republican Elephant and Democratic Donkey!--   began drawing what evolved into our modern notion of Santa.  This guy usually wore a furry set of long johns. 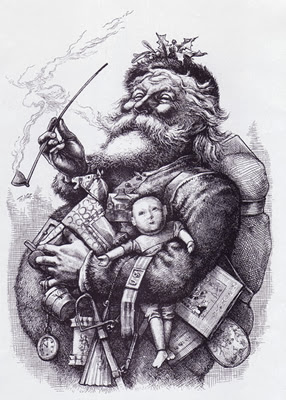 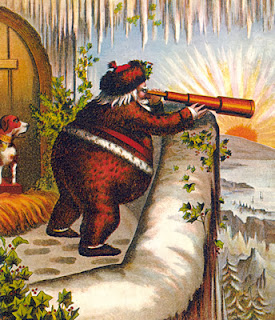 There he is observing Female Miscreants Performing Mischief and planning accordingly.

So I suppose a jolly, feisty, fun-loving Father figure might indeed feed feverish female fantasies!  In fact, if you Yahoo (or follow the crowd and Google) "Santa Spanking," or click on these blue letters to view CHROSS'S CHRISTMAS GALLERY (which includes some WolfieToons!) you'll see how popular the notion of Spankings by Santa is, proving Springrose is absolutely correct.  Always listen to Springrose. 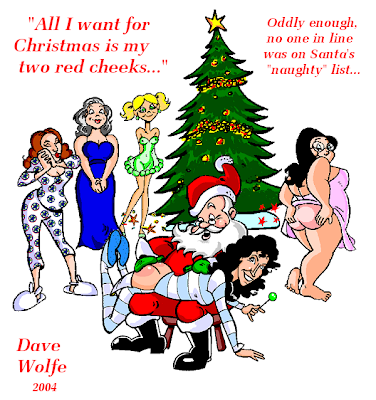 Last year I posted some Santa Fantasy links and pictures that you can see RAT CHEER , so this time I thought we'd play a game!  Match the WolfieToon Santa Face with the Imp Bottom!  These are, of course, cartoons featured at "DISCIPLINE & DESIRE!" 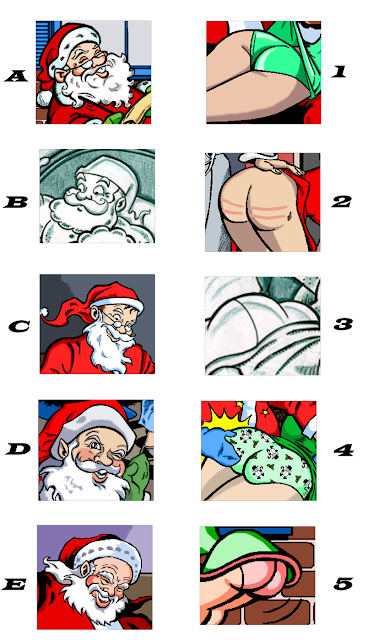 That's pretty easy, but if you want, I can post the answers later!