'Twas the late writer-editor-agent Forrest J. Ackerman, known to us fans of "Famous Monsters of Filmland" magazine as "Uncle Forry," who coined the term "sci-fi," in a nod to then-current rage of "hi-fi" recordings.  A lot of hip fans now refer to the genre as "SF," but I've never been hip. 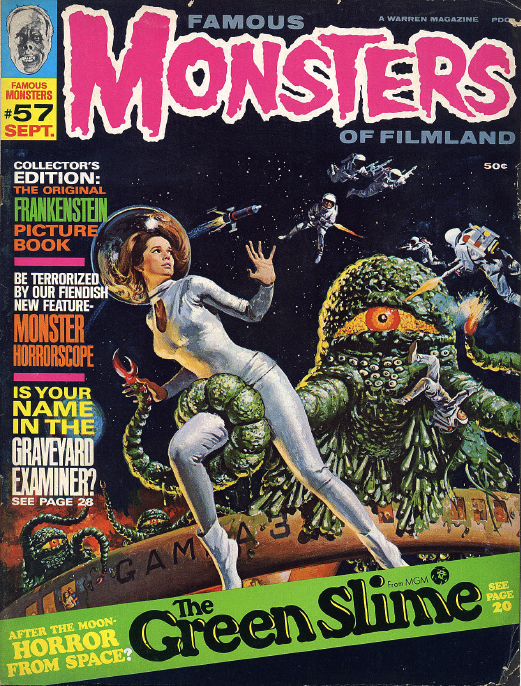 Some people look at the "inventions" of past speculative fiction and marvel at how they've "come true."  What I think happened is someone with technical skill thought, "What a great idea!  Wonder how I could actually make that?"

Surprisingly, I've never done a cartoon with Outer Space Aliens or BEMs! (Bug Eyed Monsters)  The closest I've come is the Creature enforcing the Black Lagoon sporting regulation, which Harry has kindly featured at this "Vanilla Spanking" post!  I have taken a George Lucas liberty and fixed the original colors a bit! 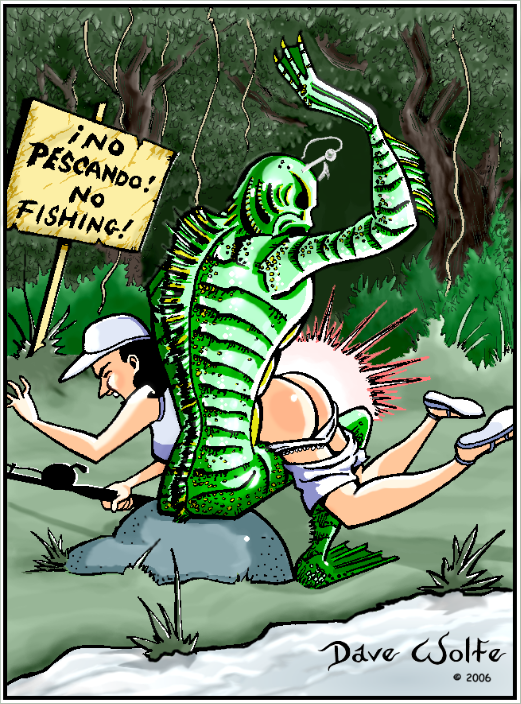 And here are a couple more in the "What If" vein! 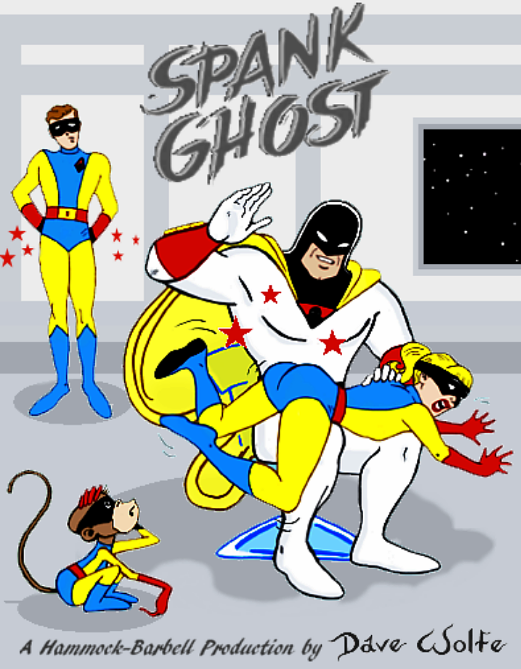 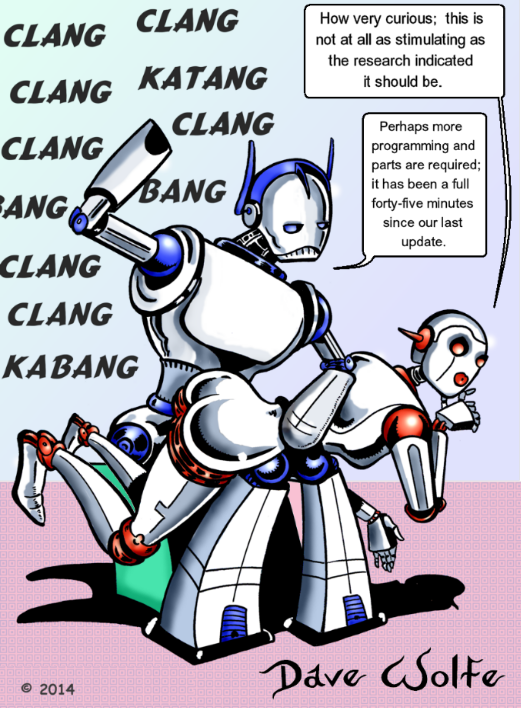