And what will Wolfies wear?
The first one on screen had a jaunty cap and overcoat-- Henry Hull in "The Werewolf of London!" (1935) 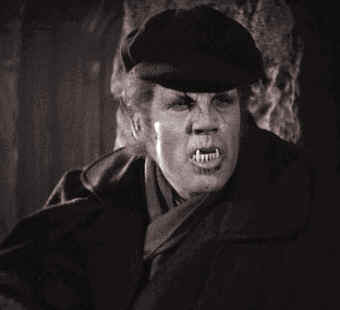 I actually have similar caps!
A few years later-- 1941, to be nerdily exact-- Lon Chaney the Younger established that wolfmen wore shirts with the top button done and matching pants. 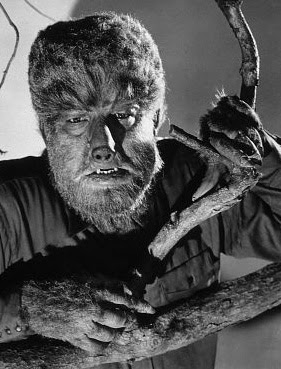 (This was the fashion that the "two" werewolves of "Dark Shadows" sported in the 60's!) 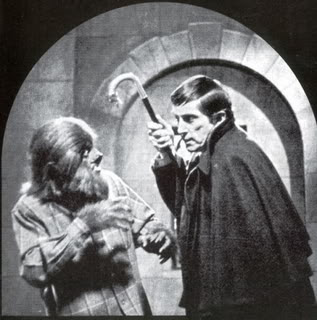 Hammer Films in the UK started remaking the monster favorites, and in 1961,  came up with "Curse of the Werewolf," putting Oliver Reed in a pirate shirt and tight black pants.  And, er, boots.  Hm. 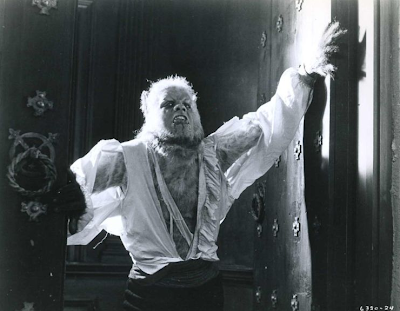 That, by the way, is possibly the most boring of all werewolf movies.  Great makeup, sorry plot, and the werewolf doesn't show up until the last five minutes of the movie, to run along the rooftops of a Spanish village and then get killed.  I will conceed that Oliver could be scary enough without makeup.
In the early 60's, Aurora Plastics came out with the Monster Model kits.  The cover painting for the Wolf Man looked more like the Hammer version than the Universal version--

but the actual model was closer to what makeup man Jack Pierce inflicted upon Lon Chaney, Jr, except that this fella was shirtless, and more buff.  ("Buffer?") 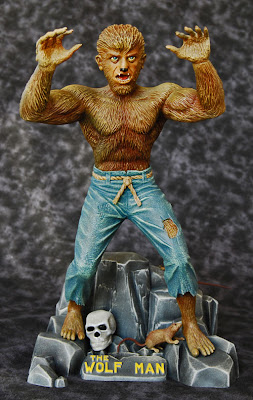 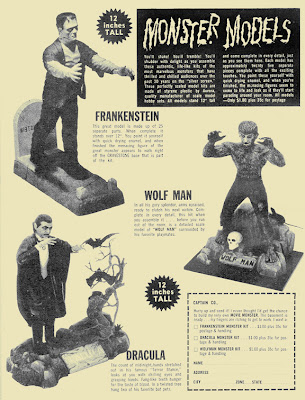 (Yes, I built and proudly displayed all three of those;  In fact, I did Dracula and the Wolf Man twice.  My paint jobs were not nearly so professional.  And the plastic glue was really stinky, and I never understood the appeal for the kids who deliberately snorted the fumes in a bag to feel sick and dizzy.)
Nowadays, a lot of the movie werewolves go in the altogether. 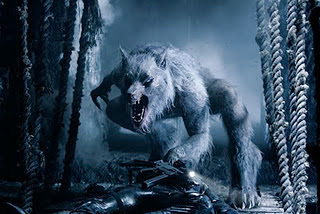 However, back when we were at Arild's Movie Spanking Yahoo Group, I did a werewolfie still interested in fashion: 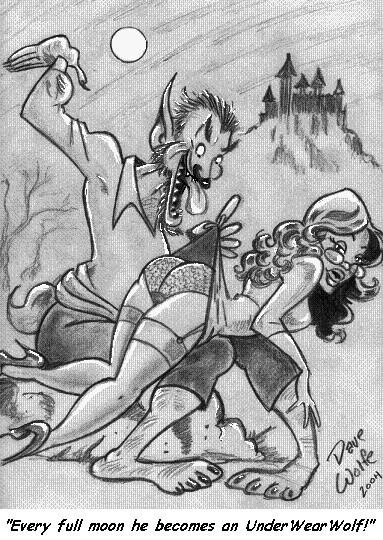 And later, at the Southern California Spanked Wives Club on MSN,  Wolfie went to the UK! 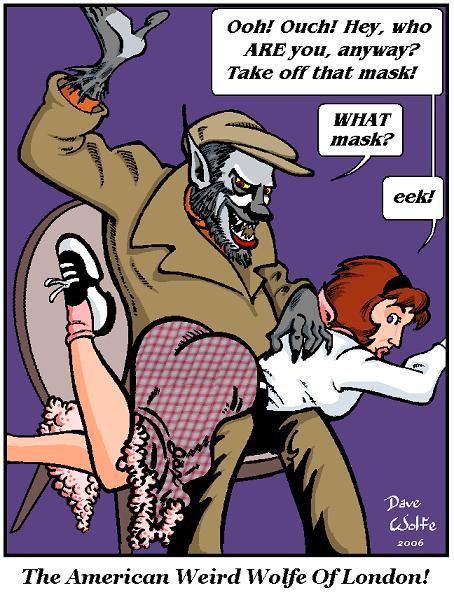