In this interview, both Erica Scott and Richard Windsor confessed that, as kids, they tried to understand their budding inclinations by having their dolls spank each other, or by spanking their dolls.  Well, Rich actually spanked a Teddy Bear.  (Holy A.A. Milne!)  I personally know of a fella who had Captain Action™ spank Barbie™ while G.I. Joe™ was off at the war.  This was before she met Ken™.  (By the way, the name of that fella has been withheld so that the innocent will not be found guilty.)

You say you also know of similar cases?  Well, guess what?  It's not as uncommon as you would suppose, nor is it only youngsters.  There's a Flickr group known as Dollybums.  The Web is indeed a weird and wonderous place.  Behold some examples: 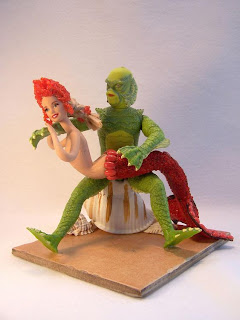 I've seen a batch of Mermaid Spanking cartoons, which makes you wonder how it's accomplished, because fish generally are bereft of buttocks.  But if anyone could manage it, it would be another aquatic Creature. 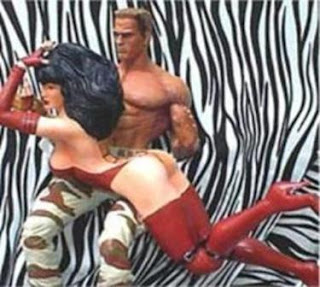 You think I'd know these characters, but I don't.  Your identifications are welcome. However, as a science fiction movie and cartoon buff I do know these two: 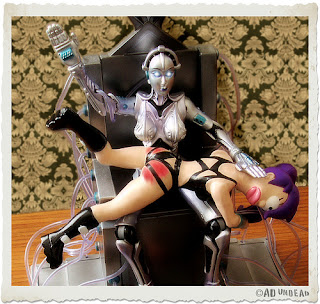 (And if you're unsure, that's Maria from the silent German classic "Metropolis," and Leela from Matt Groening's "Futurama!)   Here's a cousin of mine: 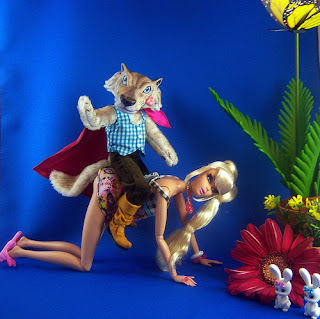 The next one is actually from this Wordpress blog! 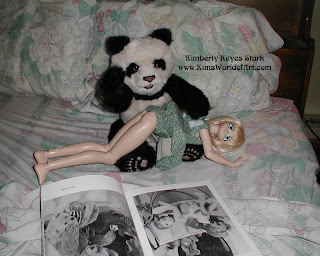 I don't know about you, but I think there oughta be a "Toy Story" spin-off! 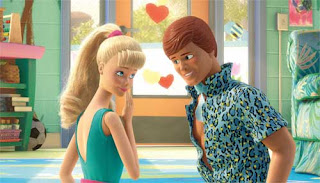 "That will be enough of that!  Come over here right now!"
Posted by Dave Wolfe at 9:06 PM