Say what?  Well, for my third entry, I'm gonna post some of the first, rarely-seen Wolfe cartoons.  There are reasons they are rarely seen, but what the hey. 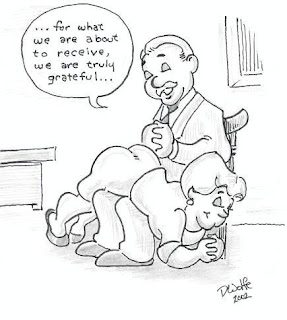 Not sure how I feel about that one now, called "Grace," but it got quite a few laughs from both the in-crowd and some non-spankos! 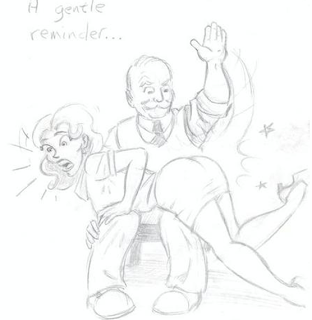 That's one of the quick pencil sketches I had in Arild's Cartoon Spanking Yahoo group.  So is this one: 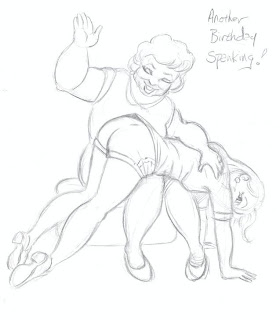 I went back later and reworked it thus: 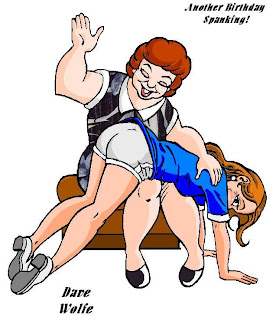 And here is my first Avatar, done for a multiple-artist project celebrating the first anniversary of Arild's group!  Compare him with the gray fellow you've seen: 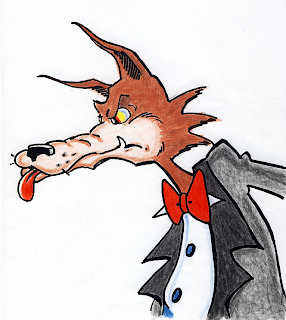 And, of course, one you've already seen around the web;  I've even seen it as some folk's home page picture on MySpace and such, which is funny!  I'd do it a lot better now, but anyone who draws and has the brains God gave geese can say that! 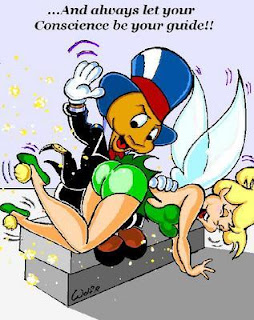 Email ThisBlogThis!Share to TwitterShare to FacebookShare to Pinterest
Labels: WolfieToons